The vast majority of people in Ukraine can apply. To participate in the lottery, you only need to have a secondary education. Natives of many countries, including those born in the former USSR republics, are eligible to participate. To become a participant, you need to fill in an application form with biographical information. The application form needs photographs of all family members (wife and children under 21). You must also have no criminal record, no violation of U.S. visa and immigration laws, and no socially dangerous diseases. Basic application rules:

What is needed to participate?

Spouses and their children under the age of 21 are considered family under immigration law. Accordingly, the participant must provide information and a photograph for himself/herself; for the wife/husband (if married), even if the spouse will not travel to the United States if he/she wins; for all children under the age of 21 of both spouses, including those from previous marriages of both spouses, regardless of whether the children live together and will travel to the United States if he/she wins. The participant is not required to submit information and photographs for children who are themselves married or over 21 years old. Each spouse can submit his or her own application. This naturally doubles the chances of those who are married.

The best chance of entering the USA is for participants under the age of 21. In fact, then it is possible to participate both independently and as part of a parent’s application (triple chance). Those who are unmarried and have no children need only provide data and a photo of themselves. 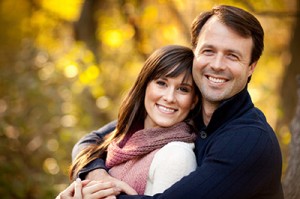 The best chances of winning are
spouses (double chance), and children under
21 years as part of a family (triple chance)

The first rule of the Green Card lottery

To apply, a participant must have been born in a country that is on the lottery’s list of participating countries. The list is determined annually by the US Department of State. This list includes all countries in the world except those that are excluded. It is the country of birth that is indicated on the entry form as the country of entry!

Accordingly, natives of all other countries may participate in the lottery. Please note: the rule is set for the country of birth. It does not matter what country you live in or what country’s nationality you are. It only matters where you were born.

There are two exceptions to this rule, which in some cases allow even those born in an “excluded” country to participate:

The second rule of the Green Card lottery

In order to be eligible for an immigration visa, the winner must have at least a secondary education or work experience in a highly skilled occupation.

In practice, this means the following – if you have completed secondary school, secondary vocational or secondary technical education or are studying in a higher education institution by the time you receive your immigration visa, this will be sufficient. If you have only a basic education, however, you can only receive a Green Card if you have worked for at least 2 years in the last 5 years in a highly skilled occupation.

As you can see, there are no age restrictions on participation in the lottery. Even a ‘yesterday’s’ schoolboy and an elderly pensioner can participate. There is also no requirement to be proficient in English. So, in fact, the main problem is not with the rules. The rules are very simple and almost everyone complies with them.

But in addition to complying with the rules of the lottery, you must also avoid the restrictions placed on all potential U.S. immigrants. In the cases listed below, additional documentation will have to be prepared when you win, or there may be a temporary or permanent ban on entry into the United States, or a waiver will be required to obtain a green card after you win.

Problems with the law and visa regulations:

As practice shows, it is these restrictions that often prevent you from obtaining an immigration visa. If you think there may be a problem in your situation, please ask under “  Questions and answers “.

Beware of visa scammers and
fake documents, rather than submitting
several applications at the same time – otherwise
your the application will be disqualified

All collected entries are drawn and the winners are notified in writing to the postal address indicated in the entry form.